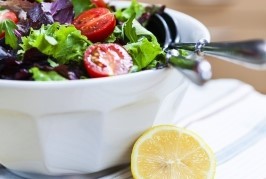 One of the hardest things about losing weight is being hungry – when you are hungry it is hard not to overeat and is more difficult to resist temptation! Yet to lose weight you need to take in less energy which means cutting down on what you are eating now.

Here are some tips to help you to gain control over your appetite and still lose weight without going hungry.